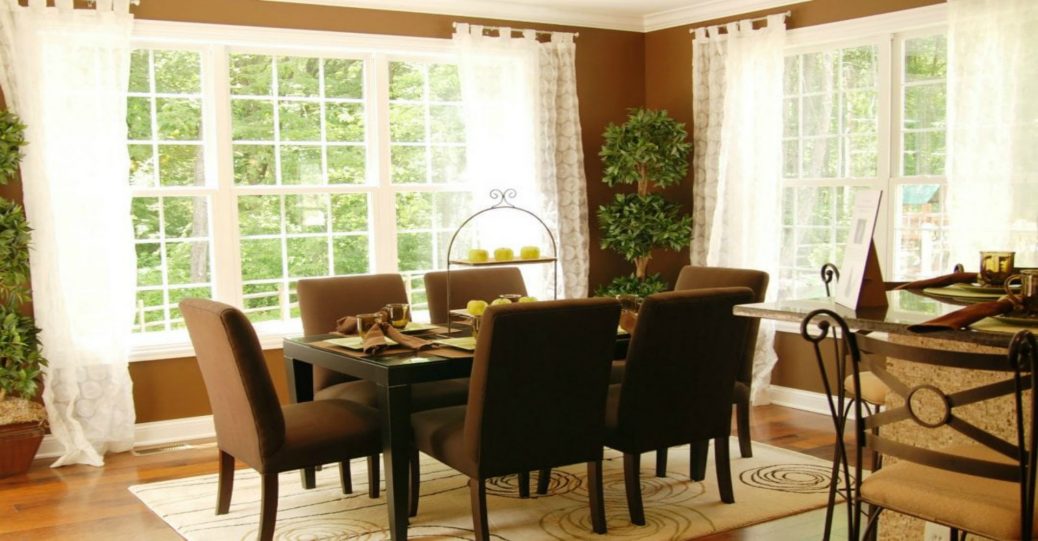 Single-pane windows are made with a single layer of glass. These windows come in many different shapes, styles, and materials. They have a lower up-front cost, but saving money on the front-end may cost you more in the future. Single-pane windows tend to result in high energy costs because they do not block fluctuations in outside temperatures and they allow more AC/Heating escape your home.

Several years ago, double-pane windows hit the market and have become increasingly popular. As the name implies, double-pane windows have two panes of glass. The panes are separated from each other by a space that is filled with air, or in some instances, a harmless, inert gas. When placed between the panes, this gas acts as insulation, reducing the transfer of heat between the inside and outside of your house.

Here is a summary of the four key reasons to select double-pane windows instead of single-pane ones.

Double-paned glass will insulate your home far better than single-paned glass. This reduces airflow, energy usage, and the strain on your air-conditioning or central heating. Depending on the type of glass, whether the gap between the two panes is filled with inert gas, and various other factors, replacing your single-paned with double-paned windows will usually save you between $100 and $450 every year in electric bills. Over the course of five years, this can easily add up to $1000 in energy savings.

While you benefit from lower utility bills, the natural environment also greatly benefits from double-paned windows. Roughly two-thirds of the electricity generated in the United States is produced from the burning of fossil fuels. That results in almost 2,000 metric tons of carbon dioxide being released into the atmosphere. By using double-paned windows, your heating and cooling appliances won’t need to work so hard, meaning you use less electricity and create less carbon dioxide emissions

With two layers of glass and often an inner layer of inert gas, compared to single-pane windows, double-paned windows are much better at blocking outside noise from your home. The measurable noise reduction will vary depending on the specific type of window, but you can expect external noise to be cut down by 20% – 50%. If you live in a high-traffic area, busy neighborhood, or near a flight path, the difference will be immediately apparent. It will lead to a quieter and more peaceful home environment.

Condensation occurs when warm, moist air meets a colder surface. Once a particular temperature threshold is crossed, the moisture in the air collects and condenses as droplets on surfaces such as your glass windows. On particularly cold days, this can result in leaks, water puddles and even frozen water around your window. The improved insulation of the double-paned window design keeps this from happening. This helps to make your home and windows look better and reduces your risk of water damage.

Most of the heat that is gained or lost in your house happens around your windows, especially single pane windows. While your heater or air conditioner are working to keep your home at a comfortable, stable temperature, double-pane windows will reduce the amount of work that is needed. Similar to single-paned windows, double-paned windows come in all types of styles and materials. Talk to Pleasanton Glass about the high return on investment you can receive by swapping single pane windows for double pane windows in your existing home, or new construction.